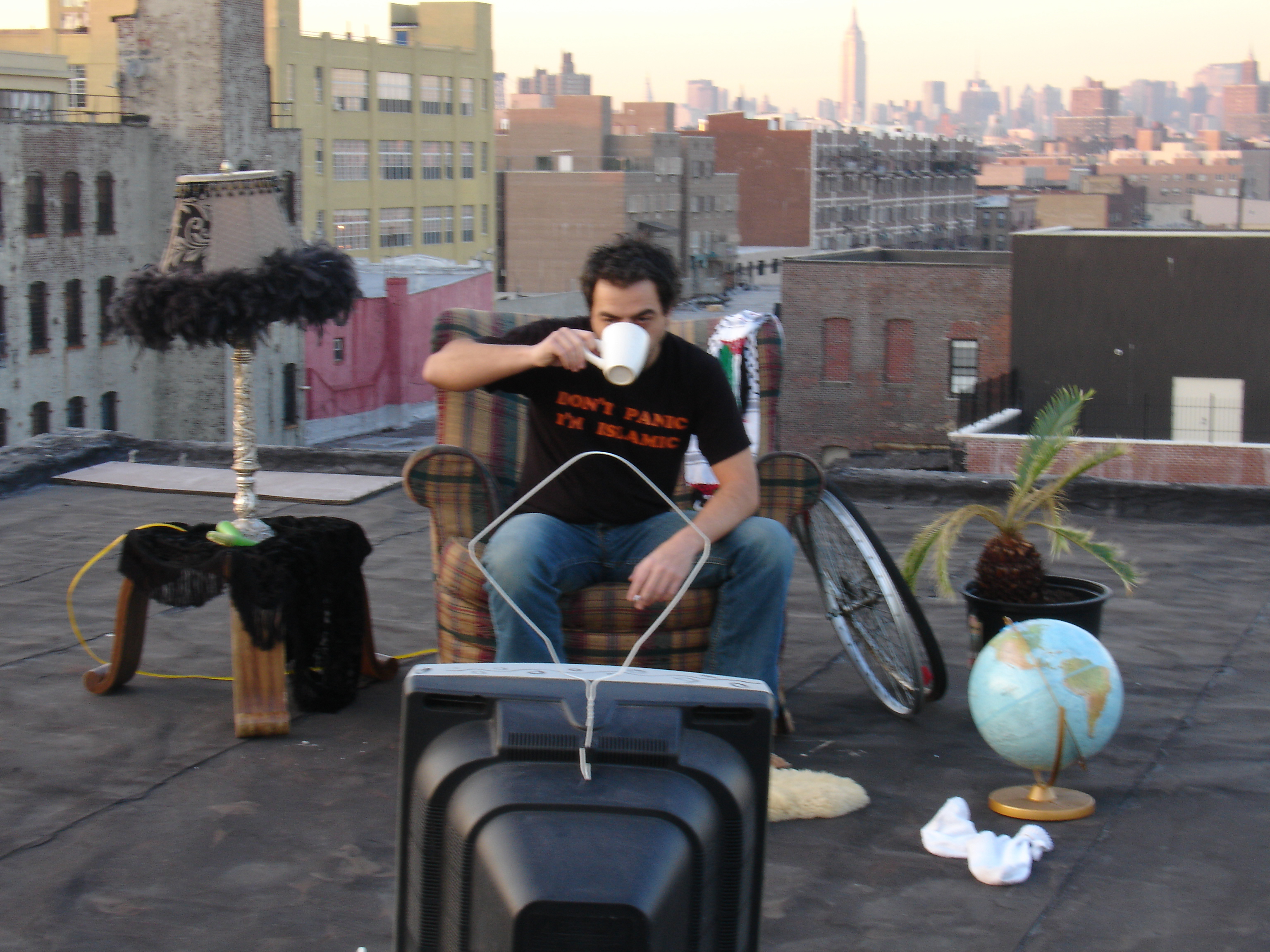 One of the amazing things about the deeply Jamaican music called Dub is its ability to act as a conduit. From its early days as stripped down versioning of popular Reggae tunes to its indoctrination into late 80 / early 90s UK Soundsystem & Dance Music culture, to its current massive mutation (with the “Step” planted firmly in its behind); Dub has shown itself to be not only a musical art form that stands strongly on its own, but also a vehicle of sorts that can transport and connect disparate musical universes. And it’s at the unique nexus of Dub and Arabic music that the Spy From Cairo sits the most comfortably.

The Spy From Cairo aka Zeb is the kind of musician that fits perfectly in with the downtown NYC music scene – Italian by birth, Gypsy by heritage, and Brooklynite by residence, he has been closely associated with the Turntables on the Hudson scene for close to 12 years – producing dozens of albums as Zeb, the Spy From Cairo and the Organic Grooves project, as well as remixing for everyone from Baba Maal to Tosca to Billie Holliday to Novalima, steadily garnering a worldwide collective of fans and followers

The Spy’s new album, “Arabadub” is perhaps his most realized vision of deep Middle Eastern and Jamaican sounds coalescing into something that sounds right and natural – because it was conceived and produced in just that natural way. There are no samples used on the album, and Zeb has programmed everything, as well as playing traditional Middle Eastern stringed instruments called the Oud, Chifteli and the Saz himself. Check the opener “Alladin Dub”, with its echoed out skanks, pulsing bassline, and majestic strings – and the deepness that is “Taksim Square”, complete with swirling, psychedelic accordion. Other highlights include the tense four-to-the-floor stomper “Desert Tears”, the rolling dub of “Sons of Hannibal” with it’s beautiful Middle Eastern vocal chants, the nostalgic “Egyptian Pulse” with its Steppers sound and melancholy vibes, and the dancehall vibes of “Prince Ahmed” – sounding like 3AM Kingston wrapped in a Bedouin Tent!
credits