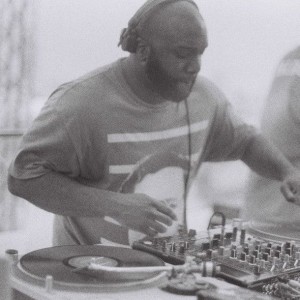 The tequila and red bull fueled asthmatic producer/Dj and son of a West Indian drummer, Sujinho, pretty much bleeds rhythms. The young Sujinho was brought up and tortured in a catholic school where children were “Angels that should be seen and only heard if singing”. “I feel lucky, most people have to decide what they want to be in life. I’ve never had to make a choice. Music is all I am.”.

Sujinho has been playing bass guitar since he was 11, producing from 17, first found himself behind the decks in 93′ as a young raver then later as part of the Soulkid Allstars, a NY Trip-hop group who released their first ground breaking single” Take One” on the Rhythm Love label as part of the infamous Turntables on the Hudson compilations. Turntablelab.com labeled Sujinho a “NYC vet”. Sujinho holds court with a strong following of club goers that trust he will only book and play with the toughest gunners on the planet. Our boy Suji has shared the booth with everyone from Giles peterson to Steve Aoki, Kassiano, Diplo, Gant Man, Dj Am, CSS, Justice, Juan Atkins, Sabo, Nadastrom, Nickodemus..the list is endless.

True to his schizophrenic love of music, Suji’s dj style absolutely genre defying, and his hard textured, “mean beat-but beautiful” production style is unmistakably his own. “It’s a full emotionally direct sound that you can’t get just because you own me euqipment. I make Music I wanna hear” Whether its Hip-hop, BaileFunk, Dance Hall, Juke Music, House, B-more, Techno, Freestyle, D’n’b, Top 40 dance, Festival Trap, Moombahton or country music. Sujinho brings a truckload of balls out energy to the dance floor every time. He has an infective energy that demands crowds all over the globe to give it right back…..

“Mostly, I love being on the road. Killing new crowds, eating new food”. Suji’s search for the ultimate dancefloor experience has led him to set up shop in Barcelona where he quickly solidified residencies at the cities most respected dance venues. “Being here in Europe I can easily hit the best clubs in the world, also the festival culture here is something the U.S. will probably never experience.” Make sure you download the latest Sujinho release and be sure to catch him on his quest to becoming the number one dj in the world, banging the shit out of a club or some… near You