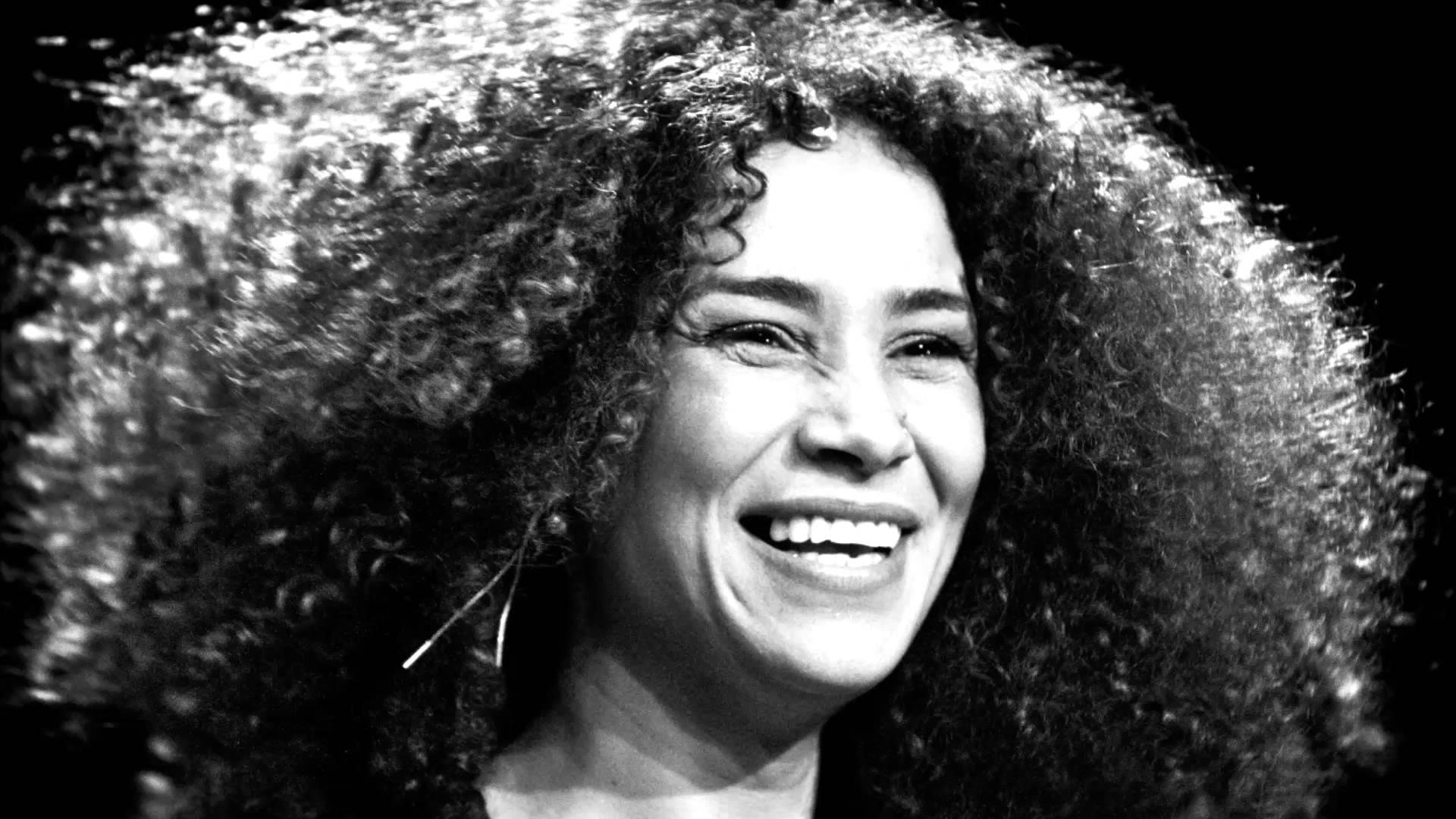 Ghalia Benali is a singer and artist of Tunisian origin, living in Belgium. Different cultures, East and West come together in her art work, as well as in her biography. Ghalia was born in Brussels; however, four years later, her parents decided to return home and she found herself in a small town of Zarzis in south of Tunisia, not far from the island of Djerba. There, between the eternal blue colors of the sky and sea and the same eternal yellow sands of Sahara, the time stood still, and the tourists and radio were the only links to the world outside. There, in the provincial wilderness, adoring to sing and dance, little Ghalia had no other music teachers than her mother. Recitations of the Quran, Indian and Egyptian films, voices of Arab music stars Om Kalthoum and Adib al-Dayikh were the first impressions forming the taste of talented girl… Much later it has developed into a special mix of anything in multicultural Belgium where Ghalia went to study art. There she began to sing and perform professionally by the late 1990s.

The idea to re-visit the songs of the Arab Diva with a small band, trying to get not exactly to the sound, but to the spirit of the great performer brought on a breakthrough project, the album “Ghalia Benali Sings Om Kalthoum” released in 2010. Numerous TV appearances in Egypt, Lebanon and other Arab countries have followed. Among her earlier CDs are the bright big label debut “Wild Harissa” (2001, Network), Indo-Arab fusion “Nada” (2002), mystical love story of East and West “Romeo & Leila” (2006) and Ghalia’s personal offering to the Indian sage Sri Aurobindo and the great Sufi woman saint Rabi’a al-Adawiyya, “Al Palna” (2008, with Bert Cornelis). In 2008 she won the World of Music Award for the best world music song, presented by an independent British organization “We Are Listening”.

In the second decade of XXI century Ghalia has found her spiritual home in Egypt, which rich musical culture inspired her for new projects: the series of ambient sounding and looking clips for YouTube and Soundcloud with her singing the poetry of contemporary Arab authors, mainly Egyptian. Two more big projects were unveiled this year: a special re-introduction of “Al Palna” for the Egyptian audience and an exquisite revision of traditional Arab takht ensemble changing strings for brass, presented at Makan in May.

Ghalia is also involved in cinema business, she was starring in Moufida Tlatli’s movie “A Season of Men” (2000), “Swing” by Tony Gatliff (2002), Leyla Bouzid’s first long movie, “When I Open My Eyes”, coming out in September 2015, and collaborated with Egyptian director Mohamed Hisham for his short film “Jareedy” as an actress, a singer and a music composer.